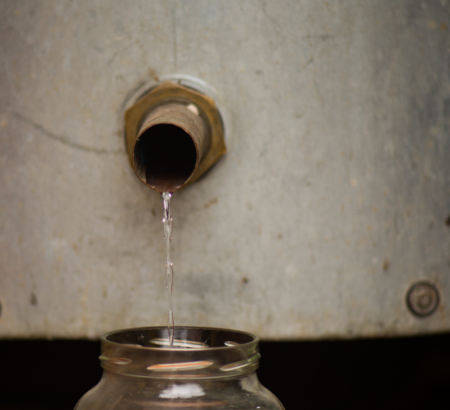 It’s been almost 1 year since we broke ground on the distillery at our home, but the process started years before. I thought I would share a few parts of the story.

About 7 years ago after watching the TV show Moonshiners I was talking about it with a good friend of mine. We both thought the show was fun and figured if those guys can do it, then so can us techy types.

Well, my buddy, who has about the most extensive network of contacts that I have ever seen, setup a meeting with a guy, a moonshiner guy. That Saturday we “helped” him do a “whiskey” run. “Helped” was more watching and sampling cuts as the juice dripped from his 10 gallon homemade still. The quality of the product when proofed down was terrific. We learned tons, a few weeks later we again “helped” him “mash in” and do another run. Learned even more.
END_OF_DOCUMENT_TOKEN_TO_BE_REPLACED 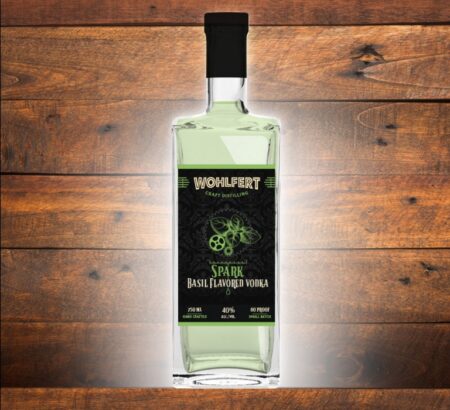 How’d you come up with that? It started out as an experiment with infusing botanicals (there’s a future product from those experiments) and I was looking to do something different. I’m not a huge Gin fan, there are some very nice ones that I do like that are more botanical based but the juniper is always there. So, the idea was to start playing around with botanicals. One night Karen and I were discussing it and she suggested we try basil. A basil vodka? Interesting idea, “what the heck”. So, we started by going to Albertsons and buying a bunch of fresh basil. From the first bottle, we knew we were on to something. Not overpowering, subtle, refreshing. I like it just over ice. But, it’s great in a Bloody Mary especially if you mix it with something like Skip Rock Distillers’ Badger Pocket Black Peppercorn Vodka (in downtown Snohomish). With the formula worked out, we couldn’t be happier with it. We’re sure you will too once you give it taste.
Cheers!
END_OF_DOCUMENT_TOKEN_TO_BE_REPLACED 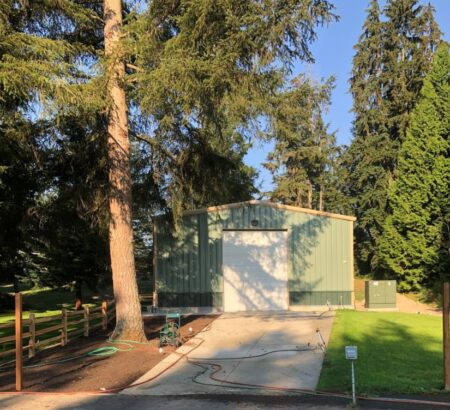 It is way harder than I ever thought possible. After purchasing the property in Clearview, I figured the back of the large garage would be perfect for a distillery. The land is zoned for it, the building is detached from the residence. Perfect, start there right? I thought so..

First, drilled a well to get that great water 220 feet down. Check!

Get the back of the garage cleaned up and ready, and engage some experts to help with the paperwork with the federal government.

You must be 21 years old to visit this site. This website requires you to be 21 years of age or older. Please verify your age to view the content, or click "Exit" to leave.